The Magic of Cannabinoids What does Cannabis give us?

In recent years, there has been a lot of talk about cannabidiol (CBD), tetrahydrocannabinol (THC), cannabigerol (CBG) and their effects and its potential as a therapeutic agent in the fight against depression, anxiety, burn-out syndrome, excessive stress, insomnia, and even cancer.

Before we start talking about the CBD, THC and CBG molecules, however, we need to understand what the endocannabinoid system (ECS) is, the one that is responsible for the observed effects of cannabis as well as a basic mechanism that is embedded in the way our bodies function and especially those 3 main cannabinoids.

What is an Endocannabinoid System (ECS)?

Did you know that in addition to the above-mentioned systems, there is also an endocannabinoid system (ECS)? Of course not, because if you are not a doctor or do not work with medical cannabis, it is unlikely that you will read about it. And still some scientists call the ECS system “the most important physiological system that participates in the establishment and maintenance of human health.”

Imagine that cell receptors in the body are a series of houses, each of them has a set of keys. These receptor keys are chemical molecules called “agonists.” Each time an agonist attaches to a cell receptor, it sends a signal and gives a specific order to the cell.

The endocannabinoid system consists of two primary cellular receptors (houses) – CB1 and CB2. The agonists or keys to these receptors are actually cannabinoids that are produced in the body, but also cannabinoids that enter the body from the external environment, such as those from the ingested or inhaled cannabis oil.

How does the ECS work?

We do not have a full cap on what the ECS does, but we know that the ECS helps to fine-tune most of the vital physics. It promotes homeostasis and affects the processes that regulate sleep, appetite, pain, inflammation, memory, nausea and even depression. The ECS helps to regulate homeostasis in all major systems of the body, which guarantees that all systems work together.

It is often mistakenly thought that endocannabinoid receptors are found exclusively in the brain. This is not entirely true, as they can be found in some glands as well as in immune cells. The functions of the receptors are mainly to maintain the balance in the body and to monitor the proper course of homeostasis.

The receptors that act as locks in the endocannabinoid system are CB1 and CB2.

CB1 receptors are found in abundance mainly in the central nervous system (CNS) – the cerebral cortex, basal ganglia, hypothalamus, cerebellum and less in the periphery.

Every lock needs a key. The keys that unlock the receptors are called ligands. These are small biologically active molecules that interact with receptors in different ways and “unlock” them. They can also be produced by the human body, and in ECS such ligands are anandamide (its name comes from the Sanskrit word “ananda”, which means bliss) and 2-arachidonoyl glycerol.

When ligands are imported into the body from the outside, they have an exogenous origin. In our case, these are the molecules of CBG, CBD and THC we ingest. Those 3 cannabinoids in combination 1:1:1 provide one of the strongest anti cancer behaviour as described below. By their action, exogenous ligands can be agonists (resembling the effect of an endogenous ligand) or antagonists (bind to the receptor and block the action of endogenous ligands).

Although studies of the endocannabinoid system are still very fragile, they are very promising in terms of the use of cannabinoids in the treatment of a number of diseases. Scientists have found that ECS plays an immediate role in homeostasis by regulating the proper course of all metabolic processes in the body.

What is the magic combination?

During the flowering of the cannabis the cannabinoids change their intensity starting from their precursor CBG and blooming in THC and CBD depends on the Indica or Sativa genetics and end up in CBN. During the bloom the complementary part of the iol called terpenes also raises up in a flavorful combination bringing the uniqueness to every plant. The blend of terpenes and cannabinoids maintain exceptional properties to promote homeostasis and balance our body.

The medicine is in a hunt for the perfect drug that is the ultimate cure of any disease. Are cannabinoids the vital ingredients for formulating that drug? The combination of the top 3 cannabinoids CBG, THC and CBD is the more powerful combination for treatment of all major cancer conditions. If they are applied in a 1:1:1 formula the effects are fast and permanent.

What is true power?

Studies show that CBD, combined with other cannabinoids such as THC and CBG, offers more acute therapeutic benefits. A phenomenon best referred to as the entourage effect. CBD binds to CB1 and CB2 receptors as well to give the desired effects. However, its action mechanisms on the body are not yet fully understood.

Cannabidiol can also help mitigate the less desirable THC qualities. That is, stopping the paranoia, impaired cognitive function, and anxiety THC cause. Cannabidiol acts on the ECS, a network of neurotransmitters responsible for homeostasis. CBD binds to CB1 and CB2 receptors as well to give the desired effects. However, its action mechanisms on the body are not yet fully understood.

When you take CBG and CBD together, they ideally balance each other out. Cannabigerol works directly on your receptors. Meanwhile, cannabidiol stimulates the enzyme that produces endocannabinoids (cannabinoids by your body). According to users, CBG alone can induce drowsiness, while CBD alone has an energizing effect. As such, when used in a blend, the experience is more balanced.

Our technology originated from building machines for fragrance and flavor production in Europe utilizing various solvents as hexane, steam, ethanol and R134a. This technology alone and with the combination of ethanol has been used for extracting various herbs. The consistency and the economics have been proven over a couple of decades. Based on that vast experience, PURE5 developed equipment differentiated by processing capacity. A Comprehensive Guide to Using CBD for Migraine

What is CBD and How Can it Help with Migraines? CBD, short for cannabidiol, is a non-psychoactive compound found in 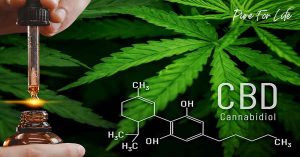 The CBD (cannabidiol) industry is rapidly growing, and one area that has seen significant growth in recent years is the 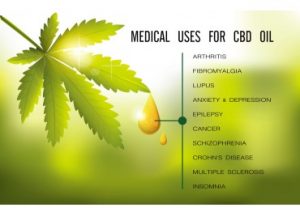 Is CBD Oil beneficial? 5 Benefits of using it

In modern medical science, CBD has taken a great role to help people to manage their health related issues. Cannabidiol

Your satisfaction is our key priority

For shipping to your country we have to give you custom shipping price. Please fill out the form below and we will contact you asap with the pricing details and ways to order from wherever you are:

We use cookies on our website to give you the most relevant experience by remembering your preferences and repeat visits. By clicking “Accept”, you consent to the use of ALL the cookies. However you may visit Cookie Settings to provide a controlled consent.
Cookie settingsACCEPT
Manage consent

This website uses cookies to improve your experience while you navigate through the website. Out of these cookies, the cookies that are categorized as necessary are stored on your browser as they are essential for the working of basic functionalities of the website. We also use third-party cookies that help us analyze and understand how you use this website. These cookies will be stored in your browser only with your consent. You also have the option to opt-out of these cookies. But opting out of some of these cookies may have an effect on your browsing experience.
Necessary Always Enabled
Necessary cookies are absolutely essential for the website to function properly. These cookies ensure basic functionalities and security features of the website, anonymously.
Functional
Functional cookies help to perform certain functionalities like sharing the content of the website on social media platforms, collect feedbacks, and other third-party features.
Performance
Performance cookies are used to understand and analyze the key performance indexes of the website which helps in delivering a better user experience for the visitors.
Analytics
Analytical cookies are used to understand how visitors interact with the website. These cookies help provide information on metrics the number of visitors, bounce rate, traffic source, etc.
Advertisement
Advertisement cookies are used to provide visitors with relevant ads and marketing campaigns. These cookies track visitors across websites and collect information to provide customized ads.
Others
Other uncategorized cookies are those that are being analyzed and have not been classified into a category as yet.
Save & Accept
❅
❅
❆
❄
❅
❆
❄
❅
❆
❄
❅
❅
❆
❄
❅
❆
❄
❅
❆
❄